The power of negativity affects more than just atoms, metals and magnets – it affects people too! 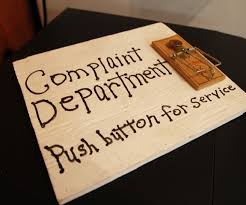 Sometimes we think we can change something or make it better by complaining. If we don’t like it we want to let someone hear about it, right? Well, others do not always like to listen do they? One time, I saw a sign hanging on the door to a house that had a mousetrap with a little button glued to the part where you put the cheese. Under the mousetrap were the words: “Complaint Department – Push Button For Service.” I think their point was something similar to leave your complaining at the door.

The Almighty in Heaven recognizes and knows when we have been unfairly treated, and the Holy Spirit teaches in God’s written word that we can talk to God about these things:

“Because for long enough, in times past, we have been living after the way of the Gentiles, given up to the desires of the flesh, to drinking and feasting and loose behaviour and unclean worship of images; And they are wondering that you no longer go with them in this violent wasting of life, and are saying evil things of you: But they will have to give an account of themselves to him who is ready to be the judge of the living and the dead. For this was the reason why the good news of Jesus was given even to the dead, so that they might be judged as men in the flesh, but might be living before God in the spirit. But the end of all things is near: so be serious in your behaviour and keep on the watch with

In this situation God is a sympathetic Father who will listen to us as we express the sorrows and troubles we are wrestling with in our life.

On the flip-side, the Holy Spirit also teaches in God’s written word that God will not tolerate complaining, backbiting, gossiping or murmuring forever. All of these words are used in the New Testament to one extent or another and all of them are condemned, sometimes with harsh warnings:

“nor complain, as some of them also complained, and were destroyed by the destroyer…For I fear lest, when I come, I shall not find you such as I wish, and that I shall be found by you such as you do not wish; lest there be contentions, jealousies, outbursts of wrath, selfish ambitions, backbitings, whisperings, conceits, tumults;…These are grumblers, complainers, walking according to their own lusts; and they mouth great swelling words, flattering people to gain advantage.” (1 Corinthians 10:10; 2 Corinthians 12:20; Jude 16 – NKJV).

Paul expressly warned the Corinthian church about murmuring and he used what happened to the children of Israel in the wilderness that murmured against Moses and Aaron as an example of God’s attitude toward that sin (Numbers 14,16,17). It was at the end of that warning that Paul penned the familiar and lesson filled words, “Therefore let him who thinks he stands take heed lest he fall.” (1 Corinthians 10:12). Complaining, backbiting, gossiping and murmuring were definitely some of those sins that Paul had in mind there.

Often times if we would only listen to ourselves when we complain negatively then we would hear how childish it can be. There have been times when I have reflected on something 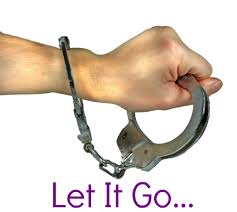 that I was complaining about and I realized how ignorant and petty it really sounded in the end. It didn’t change the situation and it definitely wasn’t changing me for the better!

The next time we start complaining we should ask ourselves if God would be willing to listen with a sympathetic ear, or would He be disappointed?

Remember that a lot of people like to visit the complaint department but not many people want to work there for a good reason. So let’s break the bad habit of complaining before it breaks us. EA

“Do not grumble against one another, brethren, lest you be condemned. Behold, the Judge is standing at the door!” (James 5:9)