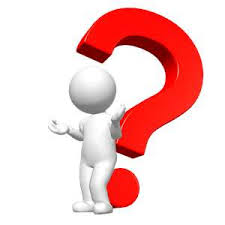 The worst of situations have all started with a single decision. At first the decision may seem harmless enough; many even beginning with the best of intentions, but nonetheless the outcome comes out being a miserable one for all the parties involved. Sadly the religious world is no exception.

Many of the manmade traditions in Christianity that are so heavily adhered to today were all started by minor changes that eventually became mainstream without the followers even considering or wondering or realizing or caring how it had gotten to that point. Here are some examples:

Where is the Pope in the scriptures?

What about infant baptism?

How about the practice of praying to or through Mary or other “saints” as mediators?

What about women who serve as elders and preachers?

Where is the authority for instrumental music (including all the rock band wannabes) in the church’s worship of God?

How did the mourner’s bench get the status it has been given?

How did all of these situations get to where they are now? How can something that so many saw as harmless at the beginning turn into something so harmful in the end??? 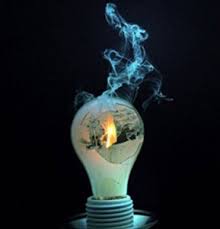 It all happens by not listening to the following words: “Therefore, brethren, stand fast, and hold the traditions which ye have been taught, whether by word, or our epistle.” (2 Thessalonians 2:15).

Those are not the words of some council or association or any other manmade hierarchy. They are the Holy Spirit inspired words of an apostle of Jesus the Christ of God. When we get this, then we can more easily avoid having to ask, “How did it get to that?” EA

“I charge you therefore before God and the Lord Jesus Christ, who will judge the living and the dead at His appearing and His kingdom: Preach the word! Be ready in season and out of season. Convince, rebuke, exhort, with all longsuffering and teaching. For the time will come when they will not endure sound doctrine, but according to their own desires, because they have itching ears, they will heap up for themselves teachers; and they will turn their ears away from the truth, and be turned aside to fables.” (2 Timothy 4:1-4)

“I tell the truth in Christ, I am not lying, my conscience also bearing me witness in the Holy Spirit,” (Romans 9:1, NKJV)

Not all consciences are worth the right hand they raise. Some are useful and others are useless.

A conscience is like a knife. It has to be sharpened to be useful. All knives are knives, but you don’t use a butter knife to filet a fish and you don’t use a seared conscience to determine what’s right and what’s wrong (1 Timothy 4:2).

The proper sharpening stone for the conscience of men and women is the word of God. It is never dull and when our conscience is less than honest, God’s word remains a faithful and true witness (Hebrews 4:12). The ears of those who listen can be dull, but God’s word is not (Matthew 13:14-16). 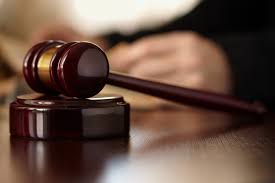 If we con our conscience too many times we might just find ourselves being the ones who get taken advantage of! EA

“Now whom you forgive anything, I also forgive. For if indeed I have forgiven anything, I have forgiven that onefor your sakes in the presence of Christ, lest Satan should take advantage of us; for we are not ignorant of his devices.” (2 Corinthians 2:10-11)