America’s 44th President can add another award to his trophy case thanks to being voted as “Out” magazine’s 2015 “Ally” of the Year.

The “Ally” award is given to an individual who has championed the “rights” of LGBT’s…which definitely includes the new “legalization” of homosexual marriage. And sadly, there’s very few politicians that come even close to rivaling the President’s political agenda in this area of light for darkness and darkness for light (Isaiah 5:20).

I’m sure the President is so proud of his award…err, make that a certain sort of pride in his award.

I wonder if President Obama repeated the whole “God’s in the mix” thing during his acceptance speech? EA

“It is an abomination for kings to commit wickedness, for a throne is established by righteousness.” (Proverbs 16:12)

“When the righteous are in authority, the people rejoice; but when a wicked man rules, the people groan.” (Proverbs 29:2) 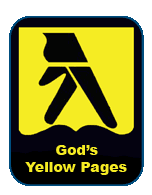