A right relationship with God today is based upon a person’s personal desire. That’s why Hebrews 8:10-12 says, “For this is the covenant that I will make with the house of Israel 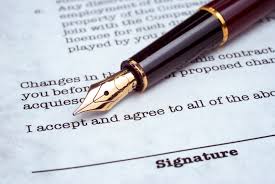 after those days, says the Lord: I will put My laws in their mind and write them on their hearts; and I will be their God, and they shall be My people. None of them shall teach his neighbor, and none his brother, saying, ‘Know the Lord,’ for all shall know Me, from the least of them to the greatest of them. For I will be merciful to their unrighteousness, and their sins and their lawless deeds I will remember no more.”

God’s people follow Him because they have learned about Him. That’s why Jesus said, “No one can come to Me unless the Father who sent Me draws him; and I will raise him up at the last day. It is written in the prophets, ‘And they shall all be taught by God.’ Therefore everyone who has heard and learned from the Father comes to Me.” (John 6:44,45) A relationship with God through the New Covenant is not an inherited one in that a person is “born into it” before they learn of God’s will. They learn of God’s will and then they are born-again by it (John 1:12-13, 3:3-7; 1 Peter 1:23). This is why the conversion recorded in Acts 18:8 says, “Then Crispus, the ruler of the synagogue, believed on the Lord with all his household. And many of the Corinthians, hearing, believed and were baptized.” Crispus along with the Corinthians learned of God’s will and then they entered into a personal relationship with Him.

A right relationship with God also takes personal responsibility. Peter told the Pentecost crowd to be baptized for their own sins, not Adam and Eve’s (Acts 2:37-38). When we understand and believe that God loves us and that His Son was sent to die for the sins of the world, including our own, and we’re willing to repent of the ones that we’re involved in then, and only then, we are ready to enter into a relationship (a personal relationship) with God through His Son, Jesus (Galatians 3:26-27).

We must be willing to follow Jesus individually despite what those closest to us think about our decision. That’s why Jesus said: 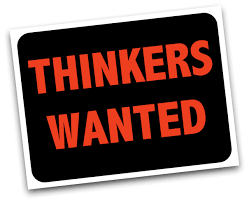 A right relationship with God is something that we must be personally determined to make. And although the decision to follow Jesus will not always be easy, if we’re willing to make it whatever the cost then we will be given a personal reward from the One who knows us better than anyone else (2 Timothy 4:8). EA