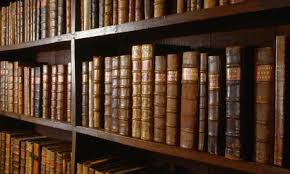 Paul told the church at Corinth in 2 Corinthians 3:2,“You are our epistle written in our hearts, known and read by all men;”

The context of the quoted verse deals with someone obviously questioning Paul’s “authority or permission” to speak or come to the church at Corinth, so Paul responds by saying the changed hearts and lives of the Corinthian Christians were letters of approval in and of themselves.

The walking and living letters of the people were the evidence of the Holy Spirit’s approval and work though Paul. The changes in their lives were brought on by a power above and beyond the ability of a “mere man.” It happened because of the changing power of the gospel of Christ (Romans 1:16-17). They had become people who were born of the “incorruptible seed, the word of God” (1 Peter 1:23); and that seed had produced its fruit in their heart with a change visible to their family, friends and neighbors.

So what does the “epistle of our life” say to others? A brother by the name of Marshall Keeble once put it like this, and continues to on a copy of his sermon I have, when he said “every one of you sitting there tonight wrote a letter today, I don’t know what you put in it, if you might’ve cussed it’s in there….”

His point was related to the one that the apostle Paul was making: we are living epistles and we put everything in it from the letters to the punctuation and people are reading what we 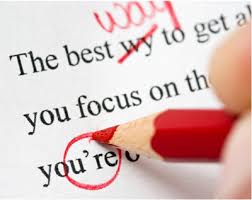 So what’s in our letter? Can the people we know tell there’s power in the gospel by the influence it has on our lives? Can they see the restraint it places on certain areas while at the same time seeing the freedom given by it? Can they see that we wear Jesus? (Galatians 3:26-29)

There’s not a single person that calls his or herself a Christian that can boast of having a “perfect epistle” read by all and written all by themselves, but Paul is saying that our letters of life are meant to read differently from the letters written by those who live in the world (Ephesians 5:1-21).

Christians must make a deliberate choice to change the way we live everyday. We still see the “red marks” on our paper but we are willing to admit to them and then allow the “teacher” to correct them. We try to do better and we trust in the blood of Christ to be the “correcting fluid” that blots them out (1 John 1:1:7-9).

What’s in our heart and what stays in there is up to us. We are the evidence of the power of the gospel or we are not. The gospel is not written in stone like the Old Covenant, but one that’s meant to be written on the tender flesh of our heart; and Christ had it written through His blood so we could have it written there.

Let the example and love of Jesus write a new chapter of life for you today – obey the gospel of Christ and be a living letter for Jesus. EA

““Therefore let all the house of Israel know assuredly that God has made this Jesus, whom you crucified, both Lord and Christ.” Now when they heard this, they were cut to the heart, and said to Peter and the rest of the apostles, “Men and brethren, what shall we do?” Then Peter said to them, “Repent, and let every one of you be baptized in the name of Jesus Christ for the remission of sins; and you shall receive the gift of the Holy Spirit. For the promise is to you and to your children, and to all who are afar off, as many as the Lord our God will call.” And with many other words he testified and exhorted them, saying, “Be saved from this perverse generation.” Then those who gladly received his word were baptized; and that day about three thousand souls were added to them. And they continued steadfastly in the apostles’ doctrine and fellowship, in the breaking of bread, and in prayers.” (Acts 2:36-42)

“Blessed be God, even the Father of our Lord Jesus Christ, the Father of mercies, and the God of all comfort;” (2 Corinthians 1:3)

THE FATHER OF JESUS:

THE FATHER OF MERCIES:

What a blessing once disguised but now made manifest (1 Peter 1:9-12). And notice Paul says mercies. Yes, “every good and perfect gift comes down from above” (James 1:17) and mercy is definitely one of them. Zacharias proclaimed that his son John would prepare the way of the Lord and reveal that tender mercy that would send the Dayspring from on high (Luke 1:67-78).

THE GOD OF ALL COMFORT:

This is a comfort that creates and encourages a life modeled after Jesus. Without that spiritual comfort there would be no spiritual “exhale of relief” when trials are over. Comfort comes in knowing that the troubles of this life are temporary and that God has made a promise to one day take the burden of pain and heartache and replace them with healing and joy (Revelation 21:3-4). As Paul mentioned it to the Corinthians, this was without a doubt a thought that encouraged him in his goals with the gospel.

The moments in life when we see God working, building and healing are great, but the moments when we do not even realize it are truly amazing. There are times when we take the smallest blessings for granted not realizing that they are the building blocks to a strong and healthy faith. When God created the vast universe He also fathered a plan and a way into His family through His Son Jesus, through His tender mercy and through His comfort that none rivals (Ephesians 3:8-19). EA

“Therefore do not be like them. For your Father knows the things you have need of before you ask Him. In this manner, therefore, pray: Our Father in heaven, Hallowed be Your name.” (Matthew 6:8-9)