If asked why it took approximately 1,800 years after the death, burial and resurrection of Jesus Christ for the book of Mormon to be revealed the Mormons will respond by saying that the world was not ready for the 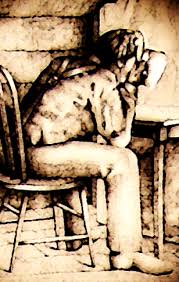 truth. But is that true? Was the world living without the truth, the whole truth of God’s revealed word until the “hidden” books that make up the book of Mormon were revealed in 1827? Contrary to what the Mormon Church teaches, the answer is a resounding no!

The Bible itself testifies that the entirety of God’s truth for all of mankind was going to be revealed, and that in fact it had been entirely revealed, proclaimed and received before the end of the first century A.D.

And how can we be sure that this happened? Because Jesus told his apostles that “…when he, the Spirit of truth, has come, he will guide you into all truth….” (John 16:13) and this is why:

Jesus kept his promise, and the Holy Spirit fulfilled his mission by the end of the first century as the testimony of God’s true apostles and prophets testify within the Bible’s pages which were recorded and preserved by the providence of God many centuries before some supposed “angel surrounded by light” ever uttered a word (see Galatians 1:8-9 and 2 Corinthians 11:14-15).
The book of Mormon is not needed to know the truth of God because the truth of God is not found in the book of Mormon, for the truth of God’s true kingdom is only found in one testament – and that’s the books which

make up the New Testament of Jesus Christ in the Bible, a testament that has no need for any “other” testament, hat’s down!