From the beginning God sought to rule and reign over his people, even warning them about the harsh leadership of an earthly king, but the people still rejected the leadership of God, along with his prophets and priests, for a king in the flesh (Deuteronomy 17:8-20 and 1 Samuel 8).

With an unchanging path chosen and knowing what, and who, was to come (Genesis 49:10), God made a covenant with king David concerning his household and the throne; a covenant which promised an established throne 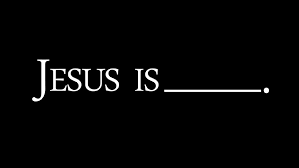 – a dynasty to the extent that the descendants of David would always sit upon the throne as the king of God’s people (2 Samuel 7:1-17).

Approximately 1,000 years later, One had arrived, of the house of David, born in the city of David to rule from the throne of David (Luke 1:26-35, 2:1-11), but once again Israel rejected God as their king, and in their attempt to blend in with the nations like their ancestors (John 18:33-19:15) they unwittingly helped God’s promise to David come to fruition. For this rejected and crucified king would later ascend to the right hand of God to reign forever from the throne of David in Heaven (Acts 2:22-36), and Jesus, the king of God, is his name. EA

“Fight the good fight of faith, lay hold on eternal life, to which you were also called and have confessed the good confession in the presence of many witnesses. I urge you in the sight of God who gives life to all things, and before Christ Jesus who witnessed the good confession before Pontius Pilate, that you keep this commandment without spot, blameless until our Lord Jesus Christ’s appearing, which He will manifest in His own time, He who is the blessed and only Potentate, the King of kings and Lord of lords, who alone has immortality, dwelling in unapproachable light, whom no man has seen or can see, to whom be honor and everlasting power. Amen.”  (1 Timothy 6:12-16)