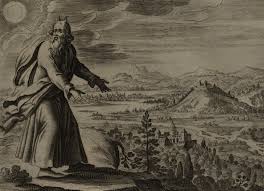 they just didn’t have it, or they weren’t able to see it…yet.

Hebrews 11:8 and-16, 24-27 reminds us that Abraham, Sarah, Isaac, Jacob and even Moses heard the calling of God and went after what God had promised them, exchanging the visible world for the unseen promises of God. They did this knowing that to the world, the promises of God made no sense – but they held on because they knew they would see the land of God, their heavenly home, and the One who called them through His word.

As Christians our faith causes us to walk toward something that we cannot see right now, but at the same time we know we’re going to see it eventually. We possess it by hope and we see it by faith (2 Corinthians 5:7, Hebrews 6:13-19). It’s as Paul said in 2 Corinthians 4:18-5:1:

The same theme that pushed Abraham, Sarah, Isaac, Jacob and Moses forward was the theme that led Paul as an apostle of Jesus Christ, and it’s the same theme that’s meant to describe us – people who are looking for and holding on to what can’t be seen…yet. And why do we do this? It’s because of the One who makes the promise in His word. 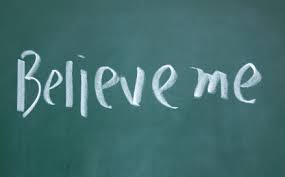 We sing a song that reminds us that “There’s a land that is fairer than day, and by faith we can see it afar, for the Savior waits over the way, to prepare us a dwelling place there.” One of the sweetest things about this land when we get there is that we’ll be able to see it; there will be no more “yet” to hide it from our eyes! But until then, the question must be asked – can you see it, or have you yet to look for it? EA

“But the day of the Lord will come as a thief in the night, in which the heavens will pass away with a great noise, and the elements will melt with fervent heat; both the earth and the works that are in it will be burned up. Therefore, since all these things will be dissolved, what manner of persons ought you to be in holy conduct and godliness, looking for and hastening the coming of the day of God, because of which the heavens will be dissolved, being on fire, and the elements will melt with fervent heat?Nevertheless we, according to His promise, look for new heavens and a new earth in which righteousness dwells.” (2 Peter 3:10-13)