Jesus told his disciples, “Moreover, when you fast, do not be like the hypocrites, with a sad countenance. For they disfigure their faces that they may appear to men to be fasting. Assuredly, I say to you, they have their reward.” (Matthew 6:16)

The mask wasn’t cutting it in their relationship with God and it won’t with us either. That’s why Jesus says don’t bother with wearing a mask! 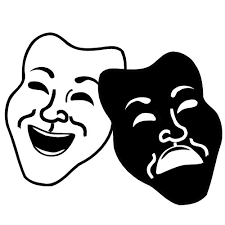 Jesus isn’t looking for masks. Jesus is looking for genuineness. He wants faith, love and dedication and he wants it all unfeigned – meaning no masks (1 Timothy 1:5, 1 Peter 1:22).

Remember, Moses’ face didn’t shine because he wore a mask, he wore a mask because his face was shinning by the glory of God, and we’re called to let our light shine so others may see the real deal! (Matthew 5:14-16) EA

Proverbs 20:17 says, “Bread of deceit is sweet to a man; but afterwards, his mouth shall be filled with gravel.”

In other words, when we know it’s wrong to say we’d do well to not say it no matter how pleasant it may taste!

It’s important to remember during this candy eating time of the year that many a “sweet tooth’s” have given in to speaking hatefulness, half-truths, whole-lies, twisted words, words in disguise, words of envy and whatever other sinful way of speaking you can think of only to find out that the lasting effects aren’t as pleasant as the temporary flavor it starts out with.

At the end of the day sin will always leave us wounded no matter who our words are aimed at, and if we’re not careful it may steal our ability to enjoy the flavor of God’s grace. EA

“Therefore, laying aside all malice, all deceit, hypocrisy, envy, and all evil speaking, as newborn babes, desire the pure milk of the word, that you may grow thereby, if indeed you have tasted that the Lord is gracious.” 1 Peter 2:1-3

Contrary to Calvinism’s doctrine on “Limited Atonement” God’s offer of grace is not just for some – but for everyone who desires to receive it, trust it and obey it. 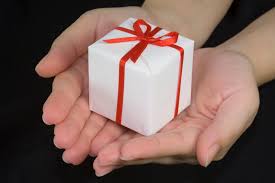 For example, when it comes to the reality of universal atonement the Bible says:

God commands all to repent (Acts 17:30), but He desires all to come to repentance through the offer of His grace found in His Son (2 Peter 3:9).

When a person preaches “Limited Atonement” then by default they have to preach a “limited gospel.” Talk about putting the gospel in a set of man-made doctrinal handcuffs! Imagine doing a Bible study, preaching a sermon, or putting up a billboard that says, “Jesus only died for some of you.” How effective! But that’s exactly what you have to teach when your doctrine and understanding of the cross is based on Calvinism. And let me tell you something – the moment the effectiveness of the cross is limited to a certain group, it stops being a sign of hope and it becomes a sign of hopelessness, which is the exact opposite of what it was designed to be!!!

So why, why preach something that so clearly goes against the true meaning of the gospel (Romans 1:16)? Because Calvinists have to! Because the first petals of the TULIP makes them! It’s the result of the Calvinism’s unavoidable downward spiral. Let me clearly explain what I’m saying in case you haven’t gotten it by now. END_OF_DOCUMENT_TOKEN_TO_BE_REPLACED

Last time when we started a new study on the “L” of the acronym that makes up Calvinism’s “TULIP” we saw that, contrary to the teachings of “Limited Atonement,” the possibility of salvation is not the same thing as enjoying the benefit of salvation; meaning that the incremental conclusion of Calvinistic theology which is demanded due to its teaching concerning “Totally Hereditary Depravity” and “Unconditional Election” is completely erroneous.

Now it is true that there are limits given by God when it comes to the benefit of salvation through Jesus, but contrary to the manmade limits that Calvinism places on the Gospel, the Bible does indeed teach that Jesus died for all, but we must be willing to believe that he died for all and for me as an individual. Let me show you what I mean.

Salvation through grace is God offering a stamp on a debt that says “Paid In Full!” That’s literally what redemption means. It means a Christian has been forgiven of a debt that we couldn’t pay. But the payment for our debt being available and the debt actually being paid off are, again, two different things. God’s redeeming grace has been made available to all to forgive all sins, but we must be willing to admit that we’re all spiritually bankrupt and then have a willingness to accept God’s mercy by faith. For example Titus 2:14 says:

“[Jesus ] gave himself for us, that he might redeem us from all iniquity.”

While we’re at it, also think about when Peter asked Jesus how many times did he have to forgive his brother who sinned against him, and Jesus responded by telling a story about a servant who had all his debt forgiven simply because the master had compassion on him (Matthew 18:27). That’s redemption! And that’s why I love to sing, “Redeemed how I love to proclaim it, redeemed by the blood of the Lamb.”

We can’t earn redemption because we can’t pay the price (Romans 6:23), but if a person refuses to acknowledge his or her debt and ask for God’s credit giving grace they won’t get it; but it’s not because the grace isn’t available.

“The next day John saw Jesus coming toward him, and said, “Behold! The Lamb of God who takes away the sin of the world!“

As John said, Jesus is the Lamb of God who takes away the world’s sin. But just because Jesus offered Himself as the world’s atonement, that doesn’t mean all of the world will 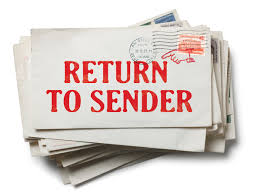 Just like the children of Israel the night Egypt was judged for its stiffneckedness – it was God who gave the plan paid for by the blood of the lamb!!! But they had to apply the blood, through faith, to their own door frame to receive God’s grace. The point is too clear – accept the grace, receive the benefit – reject the grace, receive no benefit. The plan was made available for all, but each individual had to respond, and a person’s failure to respond had nothing to do with a plan not being made available for them!