If a person wanted to talk about a set of eyes that saw it all, the eyes of Jesus would fit perfectly. Before His incarnation they saw the creation of the world (John 1:1-3). They saw the 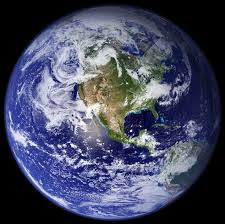 tower of Babel (Genesis 11:5-7). They saw Moses come to the burning bush (Exodus 3:4). And when His eyes became flesh they continued to see so much. They even saw straight into the hearts of men (Luke 6:8; Matthew 9:4). And often times the hearts of men saw Jesus’ compassion and mercy.

Christ’s eyes saw the true needs of mankind. On one occasion Jesus witnessed the funeral of a widow’s only son. It was a sight that brought compassion to His heart. The Bible says, “When the Lord saw her, He had compassion on her and said to her, “Do not weep.”” (Luke 7:13)

On another occasion, preceding the miracle of the feeding of the five thousand plus, Christ was going from city to city and the crowds began to follow and the Bible says, “And Jesus, when He came out, saw a great multitude and was moved with compassion for them, because they were like sheep not having a shepherd. So He began to teach them many things.” (Mark 6:34)

There were times when Christ refused to turn His eyes from mercy even when everyone else refused to see it. “When Jesus had raised Himself up and saw no one but the woman, He said to her, “Woman, where are those accusers of yours? Has no one condemned you?” She said, “No one, Lord.” And Jesus said to her, “Neither do I condemn you; go and sin no more.”” (John 8:10-11)

The eyes of Christ saw right through and beyond the actions of men and women: “The eyes of the Lord are in every place, keeping watch on the evil and the good.” (Proverbs 15:3)

When the enemies of Christ falsely arrested Him and held His mock trial, Luke records, “And having blindfolded Him, they struck Him on the face and asked Him, saying, “Prophesy! Who is the one who struck You?”” (Luke 22:64) The enemies of Christ knew that Jesus could see beyond the physical straight through to the spiritual, but they refused to see the truth themselves. And lest we think we think we’re immune, we need to remember that He can still see us despite the blindfolds that we may try to use on Him. We need to remember that the eyes of Christ watch people even when our eyes are not looking for Him (Luke 21:1-2). 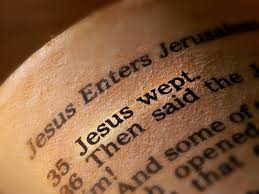 From the cross the eyes of Christ saw His mother and a beloved disciple (John 19:26). From the cross He saw the darkness because of the covered sun (Luke 23:44-45). What a contrast those two things were. But perhaps the most important contrast we see at the cross is the difference in the way that the people were looking at Jesus and the way His eyes were looking at them (Luke 23:34).

How wonderful the eyes of the Savior truly are! EA