JESUS IS A RESURRECTED SAVIOR

To say that a belief in the doctrine of the resurrection is important to Christianity would be an understatement. In fact, this doctrinal principle is absolutely key, essential, 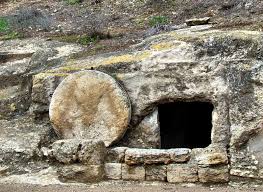 necessary and foundational so much so that it is completely truthful to say that, “No resurrection means no Christianity!” You cannot have one without the other (1 Corinthians 15:13-19).

The individual writers of the New Testament use the word “resurrect” in its different tenses no less than 40 times! And those 40 times do not include the different references to people “being raised from the dead.” The gospel preaches not only a crucified Christ – it preaches a risen Christ! The apostle Paul used the Old Testament scriptures to tell the Jews, “…that the Christ had to suffer and rise again from the dead, and saying, “This Jesus whom I preach to you is the Christ.”” (Acts 17:3). Paul left no room for anything but an understanding that says Christians serve a resurrected Savior.

THERE IS NO DOUBT ABOUT IT

The apostle Thomas refused to believe it when the other disciples told him that they had seen Jesus alive and well. The only way he would change the doubt in his heart was by seeing Jesus with his own eyes. Thomas got what he asked for in John 20:19-28! Not only did Thomas see Jesus, over 500 witnesses at one time saw Jesus on this side of the tomb (1 Corinthians 15:6). Witnesses do away with doubt and when it comes to Jesus’ resurrection the doubt not only flies out the door, it flies out of the heart. Blessed are the ones who kick out doubt without seeing (John 20:29).

THERE IS NO BONES ABOUT IT 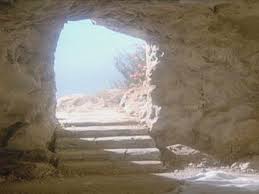 Peter and John ran to Jesus’ tomb and found nothing but used grave-clothes and a napkin laid in place. No body or bones were there to be found (John 20:1-9). The disciples carried the body of Jesus to the tomb, but Jesus left under His own power (John 10:18). The Jews could not deny it, so they lied about it (Matthew 28:1-15). All other religions serve a lord who has died. Christianity serves the only Lord who died and rose again! An empty tomb was found then and much to the chagrin of others today, that tomb will be empty tomorrow.

THERE IS NO QUESTION ABOUT IT

Peter preached to the attentive audience on Pentecost day that all doubts, bones and questions were gone! He told them that the body of king David was still in Jerusalem, but the body of King Jesus was ruling upon the throne from Heaven (Acts 2:25-36). The people chose to kill Jesus but they could not stop Jesus from living! Peter used scriptural and physical evidences to do away with the questions of Jesus’ resurrection. He preached with conviction and that conviction cut the crowd to the heart. At the end of Peter’s sermon they only had one more question and they got their answer, but it was not about Jesus’ resurrection (Acts 2:37-38).

THERE IS NO WAY AROUND IT

We not only can sing the words “I serve a risen Savior” but more importantly we can read them as well. We can choose to believe now, or we can have no choice later. The apostle 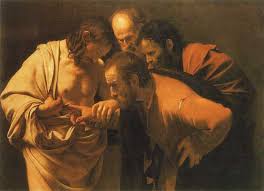 Paul said, “Truly, these times of ignorance God overlooked, but now commands all men everywhere to repent, because He has appointed a day on which He will judge the world in righteousness by the Man whom He has ordained. He has given assurance of this to all by raising Him from the dead.” (Acts 17:30-31). There is no way around it; the gospel of Christ ends the same way every time.

No doubts; no bones; no question; no way around it – Jesus died for our sins on the cross in the past, Jesus lives in Heaven today and in the future we will meet Jesus in the air. Hallelujah, what a resurrected Savior!