Many times when the forgiveness of sins is discussed there are some who eventually use the thief on the cross (Luke 23:39-43) as example of what people should do to be saved today. I am glad that the conversation of Jesus and the thief is recorded because it reveals the willingness and desire that Jesus had then, and still has today, to extend His mercy to the lost. But it saddens me when one tries to teach that “all a person has to do be saved” is believe like the thief did. This is simply not true. Let me quickly explain why with the scriptures:

First – the thief lived under a different covenant than we do today:

“For where there is a testament, there must also of necessity be the death of the testator. For a testament is in force after men are dead, since it has no power at all while the testator lives.” (Hebrews 9:16-17)

Second – the thief did not have to believe that Jesus was raised from the dead like we do today:

“[T]hat if you confess with your mouth the Lord Jesus and believe in your heart that God has raised Him from the dead, you will be saved. For with the heart one believes unto righteousness, and with the mouth confession is made unto salvation.” (Romans 10:9-10)

Third – the thief was not saved by faith alone; he reviled Jesus at first but then he repented: 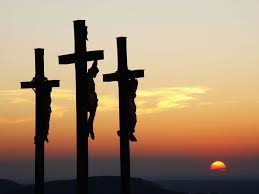 “Likewise the chief priests also, mocking with the scribes and elders, said, “He saved others; Himself He cannot save. If He is the King of Israel, let Him now come down from the cross, and we will believe Him. He trusted in God; let Him deliver Him now if He will have Him; for He said, ‘I am the Son of God.’” Even the robbers who were crucified with Him reviled Him with the same thing.” (Matthew 27:41-44)

“Then one of the criminals who were hanged blasphemed Him, saying, “If You are the Christ, save Yourself and us.” But the other, answering, rebuked him, saying, “Do you not even fear God, seeing you are under the same condemnation? And we indeed justly, for we receive the due reward of our deeds; but this Man has done nothing wrong.”” (Luke 23:39-41)

Lastly – the thief found forgiveness because Jesus had the power to speak sins away while living on the Earth (Mark 2:10); Jesus gave the command for baptism for the remission of sins after the thief was dead:

“And He said to them, “Go into all the world and preach the gospel to every creature. He who believes and is baptized will be saved; but he who does not believe will be condemned.” (Mark 16:15-16)

“Then Peter said to them, “Repent, and let every one of you be baptized in the name of Jesus Christ for the remission of sins; and you shall receive the gift of the Holy Spirit.” (Acts 2:38)

If a person wants to learn about salvation today, they can learn about God’s willingness to forgive from the thief, but they must also learn from the rest of God’s word too. EA

“Then Crispus, the ruler of the synagogue, believed on the Lord with all his household. And many of the Corinthians, hearing, believed and were baptized.” (Acts 18:8)