In the past I used to watch a TV show that I found somewhat interesting. The basis of the show revolved around “religious unity” and a “roundtable discussion” about 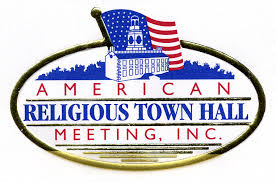 “religious and spiritual” matters with leaders from different religious organizations and bodies who were supposed to present (although not defend) their stance on the issue that was being discussed on that particular episode.

I appreciated the fact that the moderator and the participating panel were respectful of one another even though they disagreed, and that the show in some ways encouraged people to sit and discuss matters where spiritual disagreements are held, but nonetheless, I put the above words in quotation marks because sometimes it really amazed me what topics they considered to be unifying and spiritual and worthy of discussion. And above all, it amazed me how so many religious discussions and matters of the faith which has been once and for all delivered unto the saints (Jude 3) could be held on the show and by the panel without ever mentioning the Bible. I don’t know if they had some kind of prearranged agreement backstage, but how can you have a discussion on biblical topics without mentioning the Bible???

The topic on the majority of the episodes produced by the program that I watched could have been settled with only a couple of referenced verses that simply stated what the Bible says instead of going around and around with varying opinions. Let me give you an example that can easily relate since tax season is upon us. One episode that I watched asked the question: Is paying taxes a civil or a religious duty? One person started the show by stating that paying taxes was a civil and religious duty, with another person stating and holding to the view that paying taxes is only a civil duty, and then the rest of the panel went on to tilt in one direction or the other.

As the show continued, all of the varying religious leaders gave their opinion as to why the answer they supported was the correct one based upon how government works or 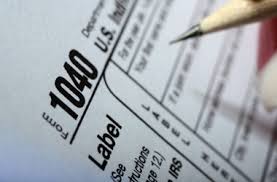 does not work to the advantage of the general welfare of the public. Not one time did any of the men involved in the discussion ever quote one verse from the one book that could have settled the issue in a simple and quick manner. Let me show you what I mean.

Did you know that Jesus once had a “roundtable discussion” on whether or not God’s people should pay taxes to the government? You wouldn’t have known it if you were watching that episode I mentioned, but He did. The discussion is recorded in Matthew 22:16-22 which says:

“And they sent to Him their disciples with the Herodians, saying, “Teacher, we know that You are true, and teach the way of God in truth; nor do You care about anyone, for You do not regard the person of men. Tell us, therefore, what do You think? Is it lawful to pay taxes to Caesar, or not?” But Jesus perceived their wickedness, and said, “Why do you test Me, you hypocrites? Show Me the tax money.” So they brought Him a denarius. And He said to them, “Whose image and inscription is this?” They said to Him, “Caesar’s.” And He said to them, “Render therefore to Caesar the things that are Caesar’s, and to God the things that are God’s.” When they had heard these words, they marveled, and left Him and went their way.”

Do you see how simple it could have been to have solved the issue? It didn’t take 30 minutes – it only took 10 seconds to get the answer straight from the mouth of Jesus!

Later on in the Bible, in Romans 13:7, you can read where Paul taught the church at Rome (where Caesar’s throne was) to, “Render therefore to all their due: taxes to whom taxes are due, customs to whom customs, fear to whom fear, honor to whom honor.” Simple enough isn’t it? Sounds like I’m religiously obligated to pay taxes after all…even if it’s a government that doesn’t care much for me on multiple levels!

The principle used with this topic applies to all other areas in our lives. God has “…given to us all things that pertain to life and godliness, through the knowledge of Him 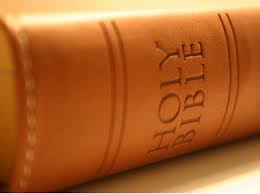 It’s amazing how “talking Bible” can become so much easier when we actually talk Bible. EA

“If anyone has anything to say, let it be as the words of God;…so that in all things God may have the glory through Jesus Christ…” (1 Peter 4:11 – BBE)

P.S. – I don’t recommend the show, that’s why I used to watch it. It belongs in File 13. In one episode that I watched, again without the mentioning and use of the scriptures, all of the “Christian” leaders, with the exception of one I believe, were unwilling to say that following Jesus was the only way to please God and to make it to Heaven today…which could have easily been settled with John 14:6 in which Jesus says, “I am the way, the truth, and the life. No one comes to the Father except through Me.”  When someone tries to talk Bible without talking Bible its because they want you to follow the words of men and women and not the word of God (Acts 20:26-32).