“Moreover all the leaders of the priests and the people transgressed more and more, according to all the abominations of the nations, and defiled the house of the Lord

which He had consecrated in Jerusalem. And the Lord God of their fathers sent warnings to them by His messengers, rising up early and sending them, because He had compassion on His people and on His dwelling place. But they mocked the messengers of God, despised His words, and scoffed at His prophets, until the wrath of the Lord arose against His people, till there was no remedy.” (2 Chronicles 36:14-16)

A sad picture is painted here of the southern kingdom of Judah. A picture painted with the dark colors of sin, rebellion and hard hearts.

The above words are so clear and poignant that too much commentary would do it an injustice. It reveals an ancient principle to our modern-day hearts – a principle of God that distinguishes between longsuffering and being made a mockery of as Lord.

Almighty God dealt with His people in a way that would have stirred up penitence in anyone’s heart that was capable of it. And while God would not force penitence upon His people He would not allow them to represent Him with their lifestyles unendingly. 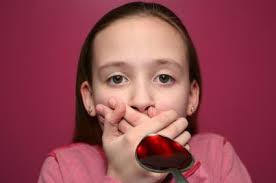 We must strive to avoid painting the same dark picture of sin, rebellion and hard hearts that Judah painted so long ago. Let us not refuse the remedy offered that produces healing. God deals kindly with soft hearts (Psalm 34:18; 51:17), but this God also has His limits (Exodus 7:10-13; 8:15, 32; 9:34). If we refuse to be worked on, we will be worked out! The same sun that can melt the wax can also harden the clay.