When we first started our flower garden we planted three small lilies in one corner. The first year they were so weak that we bought little braces to help hold them up. The 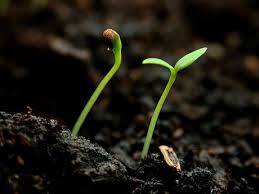 stems were only about eight inches tall, extremely fragile and thin and the flowers were tiny with no seeds at all; but it was only their first year after all. What more can you expect in the first year? Could we expect more from the flowers at all???

Okay, back to the garden. The tiny lilies that we planted now grow anywhere from three to four feet tall with stems as thick as your thumb! They’re the “big dogs on the block” now. They have so many flowers that they bloom at different times increasing their lifespan and usefulness to all the insects and hummingbirds around them. Even more

impressive is that they produce so many seeds now you can hardly keep up with them…these things multiply! The plants are now mature and are able to support themselves without any bracing whatsoever. They did what they’re supposed to do – they grew and now they cause other lilies to grow with their seeds too.

To some these words may sound harsh but it is the truth. Paul rebuked some Christians who were members of the Corinth congregation when he said, “I fed you with milk and not with solid food; for until now you were not able to receive it, and even now you are still not able;” (1 Corinthians 3:2). Some of the Hebrew Christians came close to danger because of their spiritual immaturity too. They were told, “For when for the time ye ought to be teachers, ye have need that one teach you again which be the first principles of the oracles of God; and are become such as have need of milk, and not of strong meat.” (Hebrews 5:12). 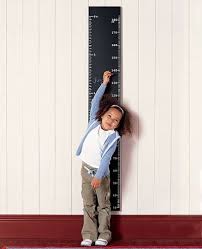 when it comes to “growing up” and a responsibility for older Christians to help the younger ones grow. But how can we keep others green and growing if we are neglecting our own growth?

Indicators of our spiritual maturity are everywhere. We must examine and be honest with ourselves. We must keep growing through God’s word.

Are you feeding or being fed? How green are we keeping it? How long has it been since any spiritually growth was seen? Think about it. EA