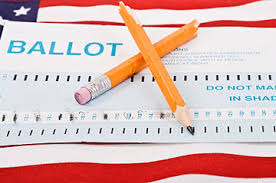 but we must choose to participate in it. No one elects God to the throne! His government is a monarchy, but we choose whether or not we’ll join His kingdom. The ticket will not change: it’s Heaven or it’s Hell for every sinner, and we can choose Heaven! That is the wonder and grace of the gospel!

The fact is that when it comes to God’s election, a person must choose which ‘party’ they’re going to be a member of; but a person may ask about the people in Romans 9? Doesn’t this chapter prove God chooses people according to whatever His desire is and not according to what a person chooses to do in response to God’s desire?

Good question! Think about the people in Romans 9. How did they choose to react to God’s calling? From Genesis to Revelation a person can read about God’s plan to bring a Messiah into the world to save people from our sins, and from Romans 1 to Romans 11 Paul is saying that God had a right to extend His grace to the gentiles and a right to reject Israel because of their treatment of His election that comes through faith in Jesus. Look at how Paul ends Romans 9:30-33. He ends it by saying that very thing! Israel lost their election because they stumbled at (meaning chose to reject) that elect rock of God’s people – Jesus!

Romans 9:7 mentions Abraham. Why does Paul begin with Abraham? Why did God choose to use Abraham? Because God foreknew him! Genesis 18:19 says:

“For I have known him, in order that he may command his children and his household after him, that they keep the way of the Lord, to do righteousness and justice, that the Lord may bring to Abraham what He has spoken to him.”

Through Abraham the whole world was going to be blessed through One seed – who was that seed? It was Jesus (Galatians 3:16). And through Abraham’s promised son, Isaac, the promise would continue to be brought to fruition.

Romans 9:10-13 mentions Jacob and Esau. Why? Because when it comes to Isaac the Jews could say, “Isaac deserved to be counted in God’s elect and not Ishmael because 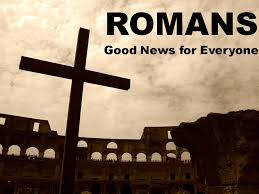 Isaac was the promised child.” But in the situation of Esau (the older brother) and Jacob (the younger brother) the elder child would have his “promise of inheritance” pulled out from under his feet. And to make this even more interesting, before either of the children were ever born God chose who He was going to use to bring his purpose (salvation from sin) into the world! God predestinated Jacob to be used to bring God’s elect into the world because He foreknew him. And listen to this, God predestinated the service of Jacob, but nowhere does it say He predestinated the salvation of Jacob. Jacob didn’t “earn” anything, but he would answer the call that Esau rejected and traded for a bowl of beans!!! Don’t think so? Then read this:

“Pursue peace with all people, and holiness, without which no one will see the Lord:looking carefully lest anyone fall short of the grace of God; lest any root of bitterness springing up cause trouble, and by this many become defiled; lest there be any fornicator or profane person like Esau, who for one morsel of food sold his birthright.” (Hebrews 12:14-16)

Romans 9:14-17 mentions Moses and Pharaoh. This is one point, among the several of Romans 9, which most Calvinists, and everyone else for that matter, miss. God had a plan and that plan was based on the nation of Israel leaving Egypt and inheriting Canaan, but there was a man standing in the way and this man was told to let God’s and Moses’ people go and this MAN said, “NO!” Also keep in mind that this man was in the habit of calling himself a “god.” So why did this man who called himself a “god” say no? Was it because God hardened his heart because He’s God and He could? Here comes another “no,” but unlike Pharaoh’s ‘no’ this time is the right time to say “no!” The God of Israel was going to have a “reputation” as the children of Israel marched into Canaan…and this reputation would have Egypt as a foundation as solid as Pharaoh’s heart! But why was Pharaoh’s heart so hard???

Pharaoh could’ve let Israel go after witnessing God’s works but he hardened his heart by not listening to God. Like the same sun that melts the wax or hardens the clay, the same works of God that led to mercy for Israel caused Pharaoh to be judged. It’s true the Bible also says God hardened Pharaoh’s heart, but never ignore the context – the context revolves around the fact that Pharaoh was ignoring God’s commands and God wasn’t going to change His plan of action! People’s hearts are hardened by God the same way today when we choose to reject the salvation He offers through a resurrected Savior because the way to salvation isn’t going to change (Acts 4:8-12) any more than His 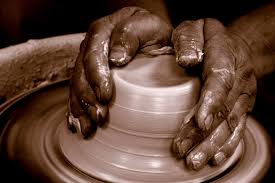 decision to bring Israel into Canaan was going to change. That is what hardened Pharaoh’s heart.

Up above I mentioned clay; so does Romans 9:19-21. It introduces the idea of clay talking back and blaming God for making it the way it is. Calvinists seize this introduction and try to make it say that God can choose whomever He wants for whatever He wants and we have no right to say otherwise because God is the potter and we are the clay! God is the potter without a doubt, but what Calvinism ignores is that God DOESN’T ignore the way the clay reacts to His hands. In context, the very verses after the “potter and clay” theme is introduced in the Old Testament, the Bible says:

Paul’s point/points in the context of Romans 9 is how can the clay (the Jews) object to God (the potter) if He decides to offer His mercy to Gentiles along with the Jews? This is what the entire chapter of Romans 9 is about – God’s mercy and election being extended to an entire class of people! No one deserves the grace of God (Romans 3:9-12), but He offers it to all, whether Jew or Gentile (Romans 3:19-26). This is not based upon individual predetermined unconditional election, but upon the election that is found in Jesus the Christ by coming to God through Him. 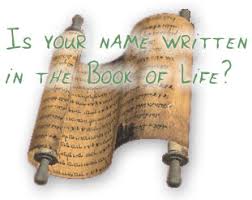 God has His will, and it will come to pass regardless of how many chose to follow it and become a part of His elect people. So the question remains – is your name on the registered roll of life with God’s elect people in Heaven?

I will leave off with this thought: “He who overcomes shall be clothed in white garments, and I will not blot out his name from the Book of Life; but I will confess his name before My Father and before His angels.” (Revelation 3:5) Does that sound like being registered on the roll is the “unconditional election” that some talk about to you? EA

“Blessed be the God and Father of our Lord Jesus Christ, who has blessed us with every spiritual blessing in the heavenly places in Christ, just as He chose us in Him before the foundation of the world, that we should be holy and without blame before Him in love, having predestined us to adoption as sons by Jesus Christ to Himself, according to the good pleasure of His will,” (Ephesians 1:3-5)