predestination which means God had a plan to pay the price of man’s sin from the beginning, and turns it into God buying everyone a one way plane ticket with no chance of cancelling the destination. According to Calvinism’s “unconditional election,” once you get on the plane…make that, once you’re forced onto the plane headed toward Heaven or Hell there’s no way off because your ticket is already punched!

Calvinism takes predestination through and turns it into predestination to. It has God throwing people into prison, throwing away the key and then saying we’ll be punished if we can’t get out!

Without a doubt, throughout Bible history, God chose to use certain individuals and nations over others – but the question is why did God choose to use them? Is it because God indiscriminately predestined some individuals to salvation and others to condemnation regardless of individual reaction like Calvinism teaches or is it because God knew exactly how those individuals would respond to His call?

Scripturally speaking the answer to this is clear! Doctrinally speaking, Calvinism muddies the water.

Where Calvinism falls short in its understanding is seen in the fact that God knowing what everyone will choose to do in their own heart when it comes to His commands is not the same as God making (irresistibly forcing) them do it.

“As for you, my son Solomon, know the God of your father, and serve Him with a loyal heart and with a willing mind; for the Lord searches all hearts and understands all the intent of the thoughts. If you seek Him, He will be found by you; but if you forsake Him, He will cast you off forever.” 1 Chronicles 28:9 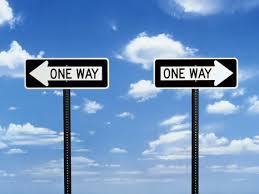 Combine the clear language of God’s attributes from these two verses and what we get is God’s ability to make His will come to pass, not by overriding the free will of men and women, but by using that free will in our hearts to make His plans complete.

With this biblical principle firmly established we can now objectively look at one of the most, if not the most, “controversial” books in the Bible when it comes to predestination and whether God simply chooses His elect’s salvation for them based on nothing they have done or on something they will do.

In Romans 8:28-30 Paul says the avenue to Heaven has been predestined, but those who walk in it must decide for themselves! It’s all about the gospel of Jesus Christ and what we as individuals choose to do with it.

Verse 29 follows up by saying God foreknew individuals, not for-chose!!! The verse does not say ‘those He predestinated He predestinated’ does it? Why not? Because the truth of Biblical election revolves around God foreknowing those who would be His elect by their willingness to conform to the image of Jesus.

Verse 30 goes on to say that those whom God predestined to be saved by coming to Jesus – there’s the avenue and here’s how the people must choose – they are called, justified, and glorified.

But how is a person called?

“But we are bound to give thanks to God always for you, brethren beloved by the Lord, because God from the beginning chose you for salvation through sanctification by the Spirit and belief in the truth, to which He called you by our gospel, for the obtaining of the glory of our Lord Jesus Christ.” (2 Thessalonians 2:13-14)

And how is a person justified?

“Therefore, having been justified by faith, we have peace with God through our Lord Jesus Christ,” (Romans 5:1)

A person must choose to answer the gospel call to be justified and glorified and counted among God’s predestined elect group of people.

Biblical election is conditional and biblical predestination has chosen the door to walk through to be God’s elect. God doesn’t force His elect to love Him, to come to Him, to 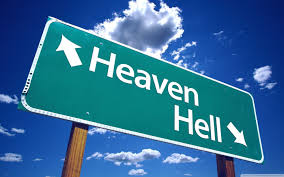 trust Him or to believe in Him, but He knows who will! They are called through the gospel of Christ, justified through the death of Jesus and glorified in the resurrection of Jesus because they believe in Jesus.

Acts 2:41 says, “then they that gladly received his word were baptized: and the same day there were added unto them about three thousand souls.” Today, the Lord’s elect are those who are a part of the predestinated body of believer’s which is the church; this is why Acts 2:47 says what it does – “…And the Lord added to the church daily those who were being saved.”

Free will is a wonderful thing, but free will brings repsonsibility.  Calvinism’s election might be “unconditional” but biblical election is not! In one of Ed Boggess’ “Just a Minute’s” he wrote, “In John 3:16 Jesus said it is “whosoever believes”. In the Revelation it is “whosoever wills”. Whosoever is a big, big word. It includes you and me and all of Tennessee. Whosoever includes President Obama, Putin in Russia, Castro in Cuba, Kim Jong in North Korea and Akmadinejad of Iran. It includes George Washington and George Washington Carver, Martin Luther and Martin Luther King. It includes black men, red, yellow, white and brown. It includes Asians, Africans, Americans and Europeans. It includes young and old, educated and uneducated, rich and poor, male and female. It includes mom and pop and boys and girls. It includes everyone, everywhere, every time, anytime, anywhere, anyone, all-the-time and every place. Jesus died for all. The tragedy is that for every whosoever will, there are many more whosoever won’ts. Which are you?”

Next time, we’ll take a look at election in Romans 9. EA