Ever heard of continental divides? They’re areas such as mountains that literally divide geographical regions by causing water to flow in two separate directions thus creating a

continental division. Spiritually speaking, there are correlations to continental divides that I call doctrinal divides, and one of the greatest doctrinal divides around is called Calvinism, and once a person hits the waters of Calvinism the truth flows in a completely different direction. Calvinism is not just a doctrinal divide; it’s a “great” one! Why? Because Calvinism fundamentally changes the way one must view the entire gospel of Christ; and it all begins with Total Hereditary Depravity (a.k.a. being born a sinner).

Total Hereditary Depravity teaches the immediate lack of spiritual life and complete wickedness and lack of nature to do any good spiritually the moment one is born. It preaches that the moment we’re conceived, our spiritual heart is so completely fallen and full of sin that we can’t choose to listen to God. It means the moment a baby is born, they are spiritually lost and worthy of God’s judgment and condemnation!

But what does the Bible say about this idea??? Since it’s all blamed on Adam let’s go to the scene of the crime and investigate!

The scene of the crime is recorded in Genesis 3:1-11. There you’ll find that without a doubt Adam and Eve sinned! But the odd thing about it is that, contrary to Calvinism, I don’t see anything there about you and me!!! I see the “origin of sin” for sure – but not the famed “original sin” that I am supposedly guilty of when I’m born. From this point in the Bible, Calvinists say every single person born (except Jesus – which we’ll talk about in the next post) is born with a depraved soul! Why? Because we personally sinned in the garden? Nope. Because we’re born in “Adam’s image and likeness” we’re born the sinner that Adam was (Genesis 5:1-3). Calvinism says to be born in the image of Adam is to be born a sinner – no exceptions!!! 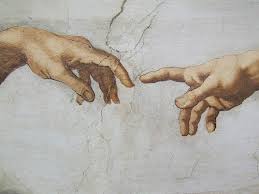 But there are more than a couple of problems with the above idea, but I want to quickly give two of them!

First off, whose image were Adam and Eve created in? (Genesis 1:26-27) It was God’s image! The same image that we bear to this day. Now if being in the “image of God” meant being without sin then why did they sin??? If the beginning of the human race could begin life without being sinners then why can’t we?

When you look at Eden you will definitely find where sin began in the human race which was created in the image of God; but that’s a far cry from being born a sinner and guilty of God’s wrath!

Further more, what does the New Testament say happened in the Garden of Eden where “all of humanity fell?”

Read Romans 5:12-19 and you’ll find Paul’s synopsis on the situation recorded in Genesis 3. In Romans 5:12-19 you’ll find that there are no less than two monumental starting places in mankind’s spiritual history. One is the condemnation of sin and the other is justification from sin. Paul is not saying everyone is automatically universally condemned in Adam any more than everyone is automatically universally justified in Jesus. The scriptures do not teach that we deserve death because we’re born, any more than they teach we deserve life because we’re born again! The awareness of sin the moment the fruit was eaten has been passed down to all of us, but the responsibility of that sin doesn’t belong to any of us (Romans 5:14). The fruit on that tree revolved around the knowledge of good and evil! The seed that has been passed down is the recognition of right and wrong, not a sinful and repulsive soul in conception. That’s simply inconceivable!!! EA