The sixth chapter of the Gospel according to John begins by saying,

“After these things Jesus went over the Sea of Galilee, which is the Sea of Tiberias. Then a great multitude followed Him, because they saw His signs which He performed on

All of the people saw something wonderful. Every single one of them saw something great. But in the midst of all those people most of them just saw an opportunity. They saw a quick fix for their problems.

The people were looking for Jesus, they were interested in Him, and they wanted to find Him, but not for the right reasons. So in verses 28-40 Jesus taught the people that He did not come to be a quick fix for the problems of everyone; He came by the will of the Father to be a permanent fixture in the lives of fallen mankind. Jesus did not come to be a temporary answer – He came to be the permanent solution! 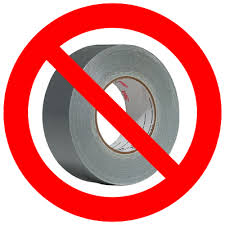 When a need arises in our life God wants us to know that He desires to be there for us (Matthew 6:24-33) but we have to ask our self, “Do we only turn to God when we need something?” Do we act like the people in John 6 and see Jesus as a quick fix for our problems or do we look at Him as the One that we want in our lives forever more?

The people got what they wanted; they got a temporarily fully belly. But after Jesus told them and the others that were listening what He wanted from them (verses 41-60) they left Him never to return anymore according to John 6:66. Jesus wanted a life long faith from them. He wants the same from us. He wanted a faith that considered Him to be the permanent fixture that they needed; not as the quick fix that they saw Him to be.

As the people left Jesus standing there, He asked the twelve if they were going to do the same. And what was their response? Peter said,

“Lord, to whom shall we go? You have the words of eternal life. Also we have come to believe and know that You are the Christ, the Son of the living God.” (John 6:68,69)

So how does Jesus look at our faith? The answer is found in the question, “How does our faith look at Jesus?” Is Jesus just a quick fix till things get better or is He a permanent fixture in our lives?

Think about it. EA