I heard that exact question asked on the game show “Jeopardy” as the “Final Jeopardy” question one time and I can’t remember why I knew the right answer but I did. Anyways, as far as the competitors went that day they all guessed historical war movies as their answers. I don’t know how surprised they were at the correct answer, but bet a religious themed film was the last thing on their mind.

For those of you that have seen the movie (it’s been a while for me as it probably has for you), you can understand why the movie itself received the rating it did – it was graphic! It graphically showed the consequences of sin in a way a lot of people had never even imagined. (Isaiah 53:4,5; Matthew 26:26)

As you know, when it comes to a movie released in America, the symbol “R” stands for “restricted audience.” And you know I guess when you think about it I suppose the cross of Christ has always been rated “R” not only in America but also around the world. Let me quickly show you what I mean.

Jesus said, “And I, if I am lifted up from the earth, will draw all peoples to Myself.”” (John 12:32) In the very next verse the apostle John explains, “This He said, signifying by what death He would die.” In the context of that chapter Jesus was saying that His cross would reveal the grace of the God of Heaven and Earth to the entire world. Jesus’ cross would reveal God’s grace not only to the Jews but also to all the gentile nations (Isaiah 42:1,6; Acts 26:23; Romans 1:16,17).

The apostle Paul didn’t beat around the bush when he said, “but we preach Christ crucified, to the Jews a stumbling block and to the Greeks foolishness,” (1st Corinthians 1:23). To some people the cross of Christ is repulsive. The cross means that Jesus is the only way to salvation (John 14:6; Hebrews 5:8,9). The cross means that humanity was, is and always will be dependent on someone else for our salvation. But to some, the idea that we even need a “Savior” is ridiculous – much less a “weakling” Savior that allowed Himself to be nailed to a criminal’s cross. The Spirit of God had a reason for saying what He did when He led Paul to pen that piece of scripture.

Only a handful of hours before Jesus was crucified He told the apostles, “For this is My blood of the new covenant, which is shed for 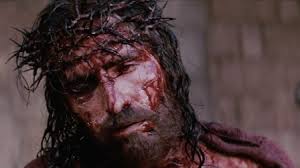 “For the love of Christ compels us, because we judge thus: that if One died for all, then all died; and He died for all, that those who live should live no longer for themselves, but for Him who died for them and rose again.” (2 Corinthians 5:14,15)