Time to get a little personal but I’m going to keep this as short as possible. Today is my wife’s birthday! If there is one birthday that I can appreciate because of the effect it has had on my life it’s hers. God has used her in so many ways to bless me in my relationship with Him. She is in my life because of His providence. Google “providence” and you’ll probably get Rhode Island…ask me about providence and I’ll tell you about my wife.

Her family for the last several generations has lived in the exact same area that we now live. She has never lived further than a mile away from the place where she was 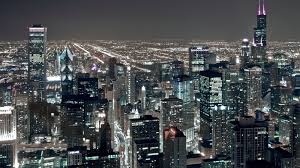 brought home as a baby. I on the other hand am a different story. My family did not come from where I live now. At least the last 5 generations of my family started in West Virginia and because of hard times the whole family up and moved all the way to Chicago to find work (and unknowingly to my family even my future father-in-law did for a while too). They settled in and made a living. Big city Chicago is where my father met my mother and when they were both around twenty I said hello to the world (unplanned on their behalf I might add). Thankfully Chicago is not the place where my wife and I would meet though. Right about now is when I can see and really appreciate God’s providential picture for my life.

For whatever reason my family (the older patriarchs and matriarchs) decided to leave the big, big city and head south

about 550 miles or so to a one-horse town called Smithville. Why? Because of providence is the only thing I can say. When I was about two years old my father followed the rest of the family and Smithville became my home (one that I now love). Now, right here in the story a lot of people would think, “So what. A family moved to a different town, that happens ALL the time. I don’t see much providence in that.” Well, you’re right if you are thinking that so that’s why there’s more to it than just the relocating part.

My in-laws did not plan on having a little girl. She was born when her parents were at the unconventional ages  of 39 and 43! But I am so happy that the unconventional timing on their part and the timing of family’s part to leave Chicago worked out all in God’s timing for my part. I wouldn’t meet my wife, although she and my brother were the same age, until High School. We eventually met up and the rest is recent history with a future that is shinning brightly (Lord willing).

Now let me sum all this up because so far I’ve only shown how we came together providentially, but not why I believe we came together providentially. Spiritually speaking, before my wife and I met I was a mess. In Chicago my mother’s side of the family was Catholic so I was “baptized” into the Catholic church as a baby (of which is another lesson for another post all by itself). When my family moved to Smithville I was raised as a young boy by my grandparents (about the only religious people in my family) in the Baptist traditions and later I was “saved by faith alone by saying the sinner’s prayer” (again another lesson for another post – two of them actually). By the time I met my wife, spiritually speaking my mind was like concrete…thoroughly mixed up and set in place. When I first attended the church of Christ at Keltonburg you better believe it was different. Everything about the worship services was new to me. But my future in-laws and wife-to-be were very patient with me in the scriptures (something I try to keep in mind when talking to others!) and now I preach the very plain gospel of Christ that once was hidden plainly in front of my be seen all throughout His word (Joseph, Ruth, Josiah, Daniel, Nehemiah, Andrew, Peter, Timothy, etc.).  When a person seeks the truth today, God’s providence can lead someone into their life too.

Separated by states, separated by generations, separated by upbringings and separated by faiths and several other ways but brought together by God’s providence; that’s how I became the Keltonburg preacher and that’s why I love my wife’s birthday.

I hope this makes sense and I hope you can see the providence of God in your life leading you toward the truth…it’s out there (John 8:31,32).