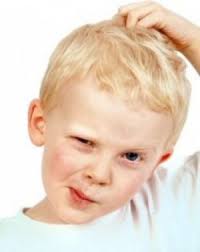 There was a little boy who returned home from Sunday school very excited about the lesson on creation he was taught and he told his parents about all that he learned concerning Adam and Eve. A few days later, he came home from school apparently distressed about something. When his mother asked what was bothering him, he said, “Mom, my side hurts; I think I’m going to have a wife.”

Today, more than ever before, God can be seen in all of these things due to the increase of our technology. We can see the inner workings of plants, animals and people and see the heavens up close with our amazing microscopes and telescopes.

You would think that the amazing intricacies of life that we have discovered would convince even more people of the existence of a Grand Designer of life. Sadly this is not the case. Like the Bible says of the generations of old: “Professing themselves to be wise, they became fools,” (Romans 1:22).

The biggest joke I have ever heard about the creation of life is the one that begins with “long, long ago in a galaxy far, far away there was a big explosion….” I guess the next time I want to build a house I can just stick some dynamite in a tree! But really, the only the thing sadder than an atheist denying the Bible’s account of creation is a self-confessing “Christian” that is “confused” about the first and second chapters of the great book of Genesis and its literal account of God’s creation of Adam and Eve.

Deny if they want, deny if you want – but God created Adam and Eve. I thoroughly believe that every person you see today came from one man and one woman.